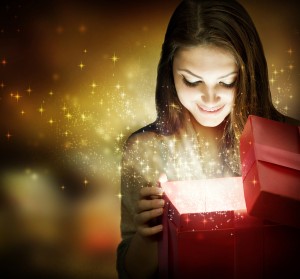 Are you familiar with the Socratic method? Socrates didn’t use rhetoric to persuade people to accept his point of view. Instead, he asked questions that stimulated critical thinking and led people to reach a conclusion on their own. And presto! People took ownership for their conclusion, rather than feeling they were simply out-debated by a skillful speaker.

Let’s face it: as a leader, it feels easier to simply state your position (“Most people would never buy broccoli-flavored ice cream”). Asking questions requires more patience and creativity from a leader (“What does the data show about what new flavors our customers would most prefer?”).

And there’s another challenge: our natural tendency to ask “leading questions.”

Imagine you are a witness on stand in a courtroom. The opposing attorney is trying to manipulate you into saying something you don’t really believe.

“Where were you at 8pm on October 15?”
“I was in my kitchen doing the dishes.”
“What did you see through the window over your sink?”
“I saw Mr. Burns talking with Ms. Stapleton on her front porch.”
“Where they arguing?”
“It’s possible. I couldn’t hear what they were saying.”
“Was Ms. Stapleton upset?”
“Well, she threw her arms in the air a few times, and she rushed into the house and slammed the door behind her.”
“Isn’t it true that you hoped they were arguing — that you wanted Ms. Stapleton to be upset, because you have feelings for her and planned to knock on her door as soon as Mr. Burns left?”

Finally, your attorney appeals to the judge. “Objection, your honor! He’s leading the witness!”

A leading question is one that drives the answerer toward your own point of view. Even though you are a leader, asking a question is usually not a good time to “lead.”

If you ask leading questions designed to push your point of view (“Do you know anyone who gags whenever they taste broccoli?”), sooner or later people will catch on to what you are trying to do. They will view you as manipulative and perhaps even dishonest, because you use questions as a sneaky tactic to promote your position rather than being up front about it.

Instead of asking a leading question, try asking a learning question. According to executive coach Tom Henschel, a learning question reflects something you want to know that you don’t know already. “This requires you to approach the conversation as a learner, with curiosity rather than judgment,” says Tom. “You can’t approach it to prove your position or to point out what’s gone wrong.”

You may indeed have a position, but your purpose in asking a learning question is not to manipulate people to come to that position. Instead, you are asking with the end goal of arriving at the best answer, which may not be the answer you initially hoped for.

There are three characteristics of learning questions that you should strive for:

Asking learning questions is a great way to engage your team to identify the best solutions — and together, to be accountable as a group for the success of those solutions. But it isn’t easy. It requires creativity, curiosity, and openness to new ideas. Sometimes it feels so much easier to simply say, “Let’s do it my way now.” And sometimes, that is what is appropriate for a leader to do.

But more often, great leadership recognizes that the “magic” is in the team, not the leader. And asking learning questions is a powerful way of cultivating brilliant ideas and results in your team. Creating the magic that comes from engagement is worth the extra time and effort.