Hit the Nail on the Head: 5 Guidelines for Effective Storytelling

Stories are the single most powerful weapon in a leader’s arsenal. ~ Howard Gardner, Harvard University

In my previous blog post, I discussed four primary reasons a well-crafted story can be powerful. The operative term, of course, is well-crafted. To influence people, your story doesn’t have to be perfect, but it does need to be crafted to make a point and a connection. 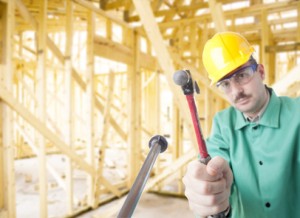 Here are five guidelines for telling stories that effectively engage people, adapted from Terry Pearce’s excellent book Leading Out Loud: A Guide for Engaging Others in Creating the Future:

1. Tell stories that are based on your personal experience. A true story with you as a character (or at least as an observer) creates a much stronger, more authentic connection with people than a second-hand story. Last blog post, I shared a story about GU Energy and my recent half-marathon in Miami. What personal experience do you have that could demonstrate your conviction?

2. Use the first person. Because you are sharing your personal reality, talk about “I” and “We.” If you try to generalize the story into “they,” it becomes an opinion or a mere example that could prompt your listener to argue about. In my Miami story, you could point to several extraneous factors that could have made a bigger difference than GU Energy in increasing my energy and giving me a greatly improved finish time (such as this year’s cooler temperature). But because I let you hear my authentic voice, you are more likely to connect emotionally with me rather than argue logically against me.

3. Focus the story to make your intended point. I didn’t tell you my other story from my trip to Miami, about the great hotel I stumbled on while searching for a coffee shop, because it didn’t contribute to the outcome I wanted. There’s nothing wrong with sharing a fun story among friends, though even your friends will better appreciate stories that have a punchline or a clear point. But if your goal is to influence someone, you must maintain focus on your outcome rather than distracting and losing their attention with extraneous detail.

4. Share vivid, relevant details. By “details,” I mean specific people doing specific things. In my GU Energy story, I didn’t just say something vague like, “I recently ran a race, and using GU Energy greatly improved my performance.” I talked about Dad and me being in the heat of Miami, and specifically what we did and how we were feeling. However, I didn’t tell you non-relevant details about my race, such as the fact that my new shoes caused a blister. That would distract your focus from my main point, which would diminish my influence – and may well cause you to lose interest, too.

5. Tell the story from memory, not from a script. My Miami story really happened to me, and I don’t need a script to tell you about it (though I may use notes to remind me not to leave out certain parts). Al Gore had a much more powerful story about his son being injured in a tragic accident in the late 1980s. Terry Pearce points out that when asked about the incident in interviews, Gore’s answers were always spontaneous, authentic, and touching. But when he told the same story at the 1992 Democratic Convention, Gore came across as scripted and rehearsed; it sounded like a calculated pull at our heartstrings, aimed at manipulating rather than authentically connecting with us. It was such a bomb that, even after 20 years, I clearly remember some friends who had supported the Clinton/Gore ticket recoiling against the “robotic” VP candidate. As a reminder of the first guideline I mentioned above, do you see how I made this story become personal through sharing my role as an observer of the effect Gore’s automaton storytelling had?

Stories are your most powerful tool to lead and influence people. Fortunately, you don’t have to be a master craftsman to tell a story effectively. But it’s easier to build a house if you know how to hold and use a hammer. These simple guidelines will help you hit the nail on the head with the people you lead.

Free e-book: Storytelling is one of the tools included in 8 Communication Tools for Leaders: Become a Better Leader in Every Area of Life.

Other Engaging Leader posts and videos about storytelling.