6 Reasons Empathy Will Make You A Powerful Leader 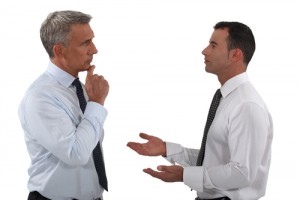 Empathy used to sound to me like a weak word associated with touchy-feely concepts.  But in recent years, I have come to understand that it is actually an incredibly powerful concept.

If there is any one secret of success, it lies in the ability to get the other person’s point of view and see things from his angle as well as your own.  – Henry Ford

Empathy does not mean compassion, which is an emotional connection with someone that responds to the situation with action.  Empathy also differs from sympathy, which is when you have feelings for that person, but you don’t fully understand the other person’s feelings. For instance, you may feel a sense of regret or compassion about someone else’s hardship, but you’re not placing yourself in that person’s shoes.

Rather, as Webster’s defines it, empathy is “understanding, being aware of, being sensitive to, and vicariously experiencing the feelings, thoughts, and experience of another.”  It is the ability to place yourself inside another’s experience and understand things through that person’s perspective.

Mutuality means fully recognizing others as valuable and whole persons, and participating with them in mutual activities.  Emotional intelligence (also known as “EQ,” in contract to “IQ”) is the ability to recognize, identify, and empathize with your emotions and those of others; it includes self-knowledge and self-awareness, as well as interpersonal awareness and abilities. Emotional intelligence has been shown to increase employee engagement, which is the degree to which the people you lead care about their work and their organization.

“Empathetic people are superb at recognizing and meeting the needs of clients, customers, or subordinates,” wrote Daniel Goleman in Primal Leadership. “They seem approachable, wanting to hear what people have to say. They listen carefully, picking up on what people are truly concerned about, and respond on the mark.”

Doesn’t that sound like a leader worth following? To become that kind of leader yourself, practice empathetic thinking.

Video: How to Use Mirror Neurons to Influence People

Book: Emotional Intelligence: Why It Can Matter More Than IQ by Daniel Goleman

Burnham Rosen offers a three-day workshop to leverage this information to become a superior leader. I completed this workshop in November 2010 and highly recommend it.