Did You Hear Me? (Why You Need to “Triangulate” Important Messages) 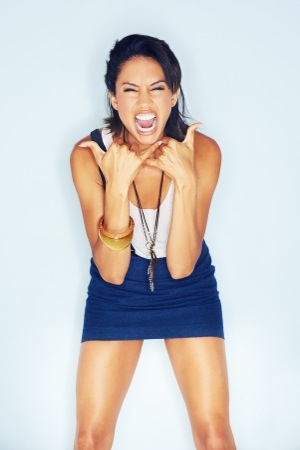 Last week, the Dropbox account that our Aspendale team uses to share files in the cloud suddenly stopped working; we could still access our files, but we couldn’t upload more files. I investigated the problem, and discovered that Dropbox had sent me three emails over the last two months, indicating that it was time to renew our annual subscription. All three emails had been caught by my email filter, including the final email that said our service was about to be cut off.

I was surprised our Dropbox account manager hadn’t made communication attempts beyond those three emails to me. When you consider that our annual Dropbox subscription costs $1,045, it seems like a phone call or SMS text would have been worth her while.

A couple days ago, the director of employee benefits for a Fortune 500 company told me it seems harder than ever to reach employees with important messages. For example, shortly after 2013 began, a knowledge worker discovered her Flexible Spending Account (FSA) debit card no longer worked. She had failed to re-enroll in the benefit for 2013 because she had been unaware of last fall’s Annual Enrollment period. No, she received so many emails on a daily basis that she hadn’t noticed the announcement. No, she hadn’t seen the reminder slide on the monitor in the lunch cafe, because she rarely went there. Now her taxes for 2013 would be $600 higher than with the FSA; she felt the company should have done more to increase awareness.

I think the benefits director is right: It is harder to capture and hold people’s attention. The world has gotten much noisier. And there are so many media choices that people – perhaps even entire generations – tune out certain communication channels. For example, many members of Gen Y and Gen Z have “opted out” of email, preferring text messages and microblogging platforms such as Twitter.

How Do I Friend Thee? Let Me Count the Ways.

Consider this: What if you wanted to send an important message using just one social-media channel … which would you choose? Facebook is still the most popular – but not everyone uses it, and only 74% of Facebook users use it daily. And only 35% of Twitter users use it daily. (And Google Plus? I wonder if ANY of them used it today.)

Worse, for the average company’s Facebook page, only 16% of its fans ever see any given post. So there is a very good chance that most people you want to reach would never see your message, much less remember or act on it.

It would be safest to use Facebook AND Twitter to send the message. Even better, figure out how to communicate the message through a picture or video on Facebook, which is exponentially more engaging. And send your message 2-3 times on Twitter over the course of a week, using different wording each time – and preferably with some creative or clever wording to better catch attention.

As a general principle, people need to hear things three times if they are to even pay attention to it. And because any given audience member at any time may be distracted or inattentive, he or she is unlikely to hear or attend to everything that is said. So leaders need to repeat key points far more than three times to be sure that everyone has heard it at least three times.

Years ago, a change-management consultant named Joe Spencer taught me this same concept. He called it “triangulation,” a term borrowed from sailors and explorers of the days before GPS. By measuring angles from two known points, they could determine their own (third) point. It’s an imperfect analogy, but the idea is that coming from three angles creates certainty about your point.

Coming from 3 angles creates certainty about your point. / Why You Need to “Triangulate” Important Messages http://t.co/v56VLy0HLH

Back then, it was enough to repeat a message at least three times (as hard as that seems for leaders to do). Life is noisier today, so if leaders want their messages to be noticed, remembered, and acted on, they need to repeat the message using least three different communication channels.

Dropbox did send me their key message three times; however, their single communication channel failed to catch my attention. Admidst the noise of the 21st century, triangulate your most important messages: send them using a mix of at least three different media (for example: email, poster, and home-mailing; or video, text message, and monitor slide). And get feedback to confirm whether you are using the right channels – maybe you need to use different media, or more than three types of media.

What are currently the most effective channels for communicating with your employees or followers? How do you know for sure that they really do work?