First Priority of a Leader 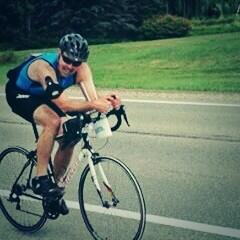 This past week, a buddy and I were completing our final training ride (60 miles) in preparation for my longest race scheduled for the year, a 100-mile “century” cycling race this coming week.

Since our last ride together, we both had acquired new gear. Sam had bought his first cycling shoes and clipless pedals. I had my first padded cycling shorts. Early in our ride, we commented on the difference the gear made. For example, Sam noted how nice it was to now have his shoes attached to the pedals; he had never noticed before how much mental energy he had been spending to keep his feet in the right position on the pedals.

Buying some new stuff each year … and talking about gear with fellow triathletes … helps keeps the sport fun for me over the long term.

“However,” Sam said, “you can buy all the gear you want, but nothing makes as big a difference on improving performance as putting time in the saddle.” Neither of us had been riding as often, or as many miles, as we had last summer, and we were both a bit nervous about our ability to finish this year’s race (and we yet we were still holding out hope that we’d beat our race times from last year).

It’s the same with leadership impact and business performance.

As a leader, It’s tempting to focus on the latest technology … process … trend … acquisition … or whatever. It’s tempting to spend the majority of our time on analysis, decisions, and planning. Even relationship-building with strategic allies can distract us too much from providing the workforce leadership that would take performance to the next level.

The first priority of a leader is to lead. That requires putting time, energy, and heart into teaching, modeling, listening, telling stories, restating the vision and key messages, asking questions, and reflecting so that you can learn and lead better.

Are you putting time in the leadership saddle, truly leading the way for others? Or are you mostly just geeked about gear?

What do you think are the most critical activities for leaders?