9 Telltale Signs of an Engaging Leader 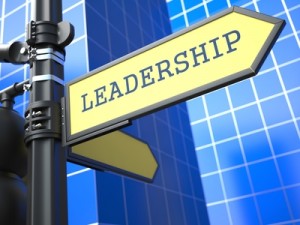 In How to Think Like an Engaging Leader, I explained the three most common motivations: Achievement (concerned with completing tasks), Affiliation (concerned with being liked), and Impact (concerned with influencing people). I also shared how if you are driven primarily by the Impact motive, you are more likely to be a successful leader.

However, you are even more likely to be successful if you advance beyond the first three stages of leadership. Ever had a lousy boss? A cold, domineering parent? Those people are interested in controlling other people, but that doesn’t make them a great leader.

The Burnham Rosen research team, who identified the importance of the Impact motive in leadership, also identified that the most successful leaders have progressed through four stages of leadership.

Interestingly, the research shows that back in the 1970s, the majority of successful leaders at Fortune 500 companies were high in Imperial leadership. Their companies used a top-down, command-and-control approach that consistently produced better business results and employee morale. A great leader was charismatic, visionary, and excellent at making decisions.

Fast-forward a few decades, however, and the research reveals a drastic change. Today’s workforce is more diverse, with more women and more ethnicities represented. New technologies make information accessible to everyone. And globalization means greater competition and opportunities. As a result, the leaders who are producing the best business results are now those high in Interactive leadership.

This new reality doesn’t just apply to Corporate America. Smaller organizations, self-employed people, and those who dream of owning their own business should pay attention too. To be in business is to be a leader. No matter how large or small your business, you have potential “followers” … whether they may be employees, suppliers, subcontractors, or even customers.

When I launched Aspendale Communications in 2004, I recognized (sort of) that even though I wanted to be self-employed (with no employees), I needed a team. A flexible team of sub-contractors allowed us to meet client needs without getting stressed out about the feast-or-famine nature of business that tends to sink freelancers eventually. In other words, unlike most people who launch a professional-services firm, I didn’t start at the Independent (Level 2) stage of leadership. Instead, I was practicing mostly Imperial (Level 3) leadership, and this proved relatively successful for several years.

Ultimately, however, this approach limited what we could accomplish as a team, and it stifled the personal development of our team members. For me, being an Imperial leader resulted in working too much on tasks outside of my passions, in long periods of overwork, and even in occasional burnout.

Changing the way I think, and looking for opportunities to practice Interactive leadership, has slowly but surely allowed our team to achieve greater business success and greater success as individuals. And it’s allowed me to accomplish more, while having a more balanced life.

Note: Burnham Rosen offers a three-day workshop for individuals and companies, to leverage this information to become a superior leader. I completed this workshop in November 2010 and highly recommend it. For a detailed description of the Burnham Rosen Group’s workshop go to www.burnhamrosen.com/IL.html or contact growth@burnrose.com for more information.