True Fans and the 4 Types of Customers 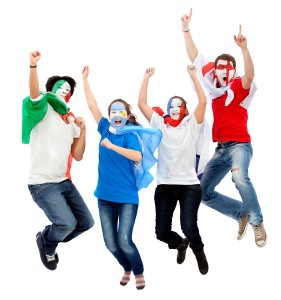 Last week, I gave a speech called “How to Build True Fans: Engage People Who Love Your Business” to business leaders. One of ideas I explored that prompted several comments is what I call the four kinds of customers:

True Fans will sound familiar to many readers. It refers to the kind of customer that Wired magazine’s Senior Editor Kevin Kelly defined in his groundbreaking essay from 2008, 1,000 True Fans. This essay originally appealed to musicians, artists, and other creatives, but as bestselling author Seth Godin pointed out, many businesses large and small have since discovered power in the True Fans strategy. True Fans not only buy a lot of your stuff, they are great ambassadors for you — referring new customers to you and begetting additional True Fans.

A True Fan is defined as someone who will purchase anything and everything you produce. They will drive 200 miles to see you sing. They will buy the super deluxe re-issued hi-res box set of your stuff even though they have the low-res version. They have a Google Alert set for your name. They bookmark the eBay page where your out-of-print editions show up. They come to your openings. They have you sign their copies. They buy the t-shirt, and the mug, and the hat. They can’t wait till you issue your next work. They are true fans.

Lesser Fans is another term coined by Kevin Kelley. In this category, I lump most other customers: occasional customers, regular customers, and even loyal customers who don’t quite reach the rabid passion of a True Fan.

This [True Fans] small circle of diehard fans, which can provide you with a living, is surrounded by concentric circles of Lesser Fans. These folks will not purchase everything you do, and may not seek out direct contact, but they will buy much of what you produce.

Fan Killers is what I call customers (or employees) with a disappointed expectation. Your brand promised one thing, but they received something beneath that. Since “you can’t please everyone,” many leaders are tempted to blow off these occurrences — but the impact of pissed-off customers is broader than you might think! George Koenigsaecker, author of Leading the Lean Enterprise Transformation, shared with me that:

90% of disappointed customers don’t say anything to you and don’t return.

Super Fans is what I call True Fans who also happen to be employees. As ambassadors for you, they are more valuable than other True Fans because they have extra credibility since they know what goes on behind the scenes (“It’s a fantastic company! They really know what they’re doing and truly care about treating people right”). Also, we could call them Fan Makers, because their energy at work creates a “wow” product or service experience that attracts more True Fans as well as Lesser Fans.

Super Fans are pretty rare. Many studies show that on average only 20-25% of employees are “fully engaged,” which means they both love working there and know they are making a difference. A Super Fan is an employee who is all that, plus has the die-hard passion of a True Fan. So the percentage of Super Fans in an average company is almost certainly well below 20% of employees.

A key point of the True Fans strategy is you only need a finite number of True Fans (probably fewer than you think). Similarly, you don’t need to convert 100% of your employees or team members into Super Fans — just as Fan Killers have exponential power, so do Super Fans.