153: How to Find Your Authentic Voice | with Joshua Spodek 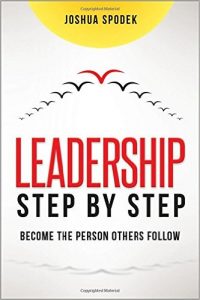 To lead and influence others, whether as a workplace leader or as a thought leader, you need to develop an authentic voice. For example, let’s say you are a CEO delivering a speech to your employees, or a functional VP writing an email to your staff, or a department head presenting recommendations to the C-Suite. When you speak or write, are you clear? Are you true to your values, passions, and personality? Are you representing the real you, and do people understand and trust you? Are you effective not only in prepared communications, but when you speak “off the cuff” or extemporaneously?

You might think, well, it’s not rocket science. But if that were true, then why do so many leaders struggle with it and not quite have the impact they want? Maybe it really is rocket science, and so, to help us get to the bottom of it, we decided to talk to a real rocket scientist who became a leader.

Joshua Spodek is an Adjunct Professor at NYU, leadership coach and workshop leader for Columbia Business School, columnist for Inc., and founder of SpodekAcademy.com. His new book is Leadership Step by Step: Become the Person Others Follow.

Josh has led seminars in leadership, entrepreneurship, creativity, and sales at Harvard, Princeton, MIT, INSEAD (Singapore), the New York Academy of Science, and in private corporations. He holds five Ivy League degrees, including a PhD in Astrophysics and an MBA, and he helped build an X-ray observational satellite for NASA. He has co-founded and led as CEO or COO several ventures, and holds six patents. He earned praise as “Best and Brightest” (Esquire Magazine’s Genius Issue), “Astrophysicist turned new media whiz” (NBC), and “Rocket Scientist” (ABC News and Forbes), and has been quoted and profiled by ABC, CBS, NBC, the New York Times, and the Wall Street Journal.