How I Lost 65 Pounds and Achieved My High-School Weight

This post is quite different from our usual Engaging Leader topics.  Although I originally planned to wait until late 2013 to write this, several people have asked how I lost 25 pounds last spring and kept it off, and how I lost another 20 pounds in the first six weeks of 2013. I had previously lost  20 pounds in 2009, for a total of 65 pounds, so I decided to share this information now.

The primary method I used to lose my extra weight and keep it off was the HCG Weight Loss Cure as outlined in the book HCG Weight Loss Cure Guide. When I first heard about this program from my parents back in 2011, I was not interested.  It sounded like another fad diet, and I had previously tried too many of them (see below) to have faith in any quick-fix programs. 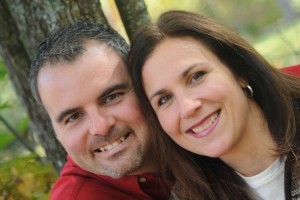 My interest was piqued, though, when my mother used the HCG Weight Loss Cure to lose weight in the fall of 2011, and by Easter 2012, she had kept it off.  Her success prompted me and two other family members to do one round of the program in the spring of 2012. All of us lost around 15-25 pounds, and we all kept the weight off through the end of the year. With that success under my belt, I embarked on another round at the beginning of 2013.  I completed my second round, down another 20 pounds and am now at a weight that feels very healthy.  It’s also a great racing weight that will help me be more competitive as an amateur triathlete. 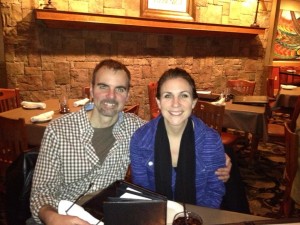 First, some background about my history with weight loss:

My healthy weight turnaround actually began in the spring of 2009, three years before I tried the HCG Weight Loss Cure. Although the short answer is that I lost the weight using HCG, the long answer is that I essentially lost my excess weight in three stages:

A Little More Information about the HCG Weight Loss Cure

As recommended in HCG Weight Loss Cure Guide, I purchased an inexpensive bottle of homeopathic HCG drops (costing about $30) which are available from various manufacturers. The specific product I used was HCG Lean 2000. A single bottle was enough for me to use in both of my HCG rounds. For those who are unfamiliar with homeopathic remedies, they are a non-pharmaceutical health supplement, typically found in health food stores.

I followed the book’s guidelines very carefully, which involve a “round” of four phases that last a total of about 10-12 weeks until you return to “normal” eating patterns. (However, by then you’ve retrained yourself to be a bit more careful and moderate about eating the things that put on the weight in the first place.)

Although HCG Was the Main Factor, Athletic Events Were Still Key for Me

Even though the triathlons and other endurance events have had only a limited direct impact on my weight loss, they have played a vital role in my success. There are four reasons for this:

If you have a sport or hobby with a similar athletic aspect, it may help you achieve your health goals as well.

As you can imagine, I am excited by my success. But since I’m still pretty new at maintaining the most recently lost 20 pounds, I’m also nervous about the very real potential of gaining the weight back (as has happened so often over the past two decades).  For that reason I was reluctant to publish this post. But based on my success in maintaining a loss of 25 pounds since last year, I am responding to the requests from people and sharing this information now. I don’t have a long track record with this latest 20 pounds yet, but it’s long enough that I’m encouraged that I can be as succesful keeping these pounds off as I have been with the 25 pounds I lost last year.  I’ll provide an update later in 2013 about my ongoing success in maintaining my new, healthy weight.