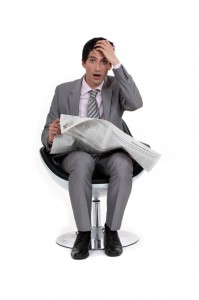 Employee Gamification: the use of game-inspired tactics to engage employees.

The tech research firm Gartner made headlines in late 2012 when it predicted that 80% of current gamified applications would fail to meet business objectives — due to poor design, ineffective communication, or ill-defined business objectives. Even so, Gartner also predicted that by 2015, 40% of Global 1000 organizations will use gamification as the primary mechanism to transform business operations.

If poor design is a primary culprit of failed gamification, how can you improve your chances of success?

Assuming you have defined the right business objectives, the most important key is to target the right motivators: the drives that make people want to engage and that stimulate the right thoughts and actions to accomplish your objectives.

In 1996, University of Essex professor Richard Bartle published a paper on player personality types in multiplayer online games. This paper described what has become the best-known model of player types, often used by game designers to plan, design, and improve a game. Bartle’s four player types are:

Bartle’s model came not from empirical research (“do not expect a conventionally rigorous approach to the subject matter”), but from facilitating a six-month online discussion among highly experienced players. Sometimes, intuition and experience can be more powerful than empirical research (as witnessed by the Myers-Briggs instrument, arguably still the world’s most popular psychometric assessment tool despite being conceived without empirical basis).

Even though Bartle’s model isn’t based on empirical research, it’s striking how it correlates with other motivation-theory models that are based in science. For starters, the first three Bartle Player Types listed above correlate to the Three Needs:

Perhaps you think the Killer/Impact connect is a bit of a stretch? You’re not alone. The issue lies in Bartle’s identification and definition of the Killer type. There are two problems, which I call “Killer confusion” and “Killer constraints.”

By 2012, Amy Jo Kim had determined the Bartle model “doesn’t generally work well for casual, social and serious games and gaming systems.” Based on her practical experience over years of game design and teaching, she tested a modified model “that captures the motivational patterns I’m seeing in modern social gaming and social media.”

Here is how Kim described her four Social Engagement Verbs:

In Kim’s model, the most significant difference from Bartle is Express as a replacement for Killer. It’s an ironic departure from Bartle, whose original paper quipped, “Killers are people of few words.”

Some may assume that Express is simply Kim’s arbitrary replacement for Killer. However, the underlying motivator for both the Killer type and the Express verb is the Impact need. And the research on the Impact profile supports Kim’s model: According to researcher David Burnham, Impacters tend to be fluent with words and more likely than other types to become renowned authors, artists, or architects.

In Bartle’s experience, players motivated by Impact impose their will on others or the environment, most commonly by killing off other characters — but also by leading others or creating buildings or a virtual society.

In Kim’s experience, players motivated by Impact express themselves. Why? They do it influence, teach, or encourage others. 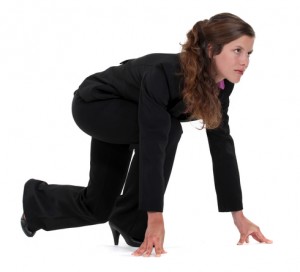 Focusing on the Impact need, rather than merely the Killer player type or the Express verb, is more than a simple nuance. It’s a clarifying lens that can make it easier to design and evaluate effective gamification.

Impact is a core drive — unlike killing or expressing, Impact is one of the Three Needs. Rather than starting with secondary questions such as whether the application should allow players to kill people or to express themselves, you can start with a more fundamental questions:

Asking these questions may lead the gamification planner to design features that allow a user to kill or express. Or it may lead to other features that also appeal to the Impact need, such as curating content, facilitating a discussion, or creating a village. To achieve business objectives, the trick is to target the Impact drive (as well as other of the four Game Drives as appropriate), rather than killing or expressing.

In The Four Game Drives: E.A.S.I. Gamification, I explain all four Game Drives that make people want to engage and that stimulate the right thoughts and actions to accomplish your objectives.

Excerpted from “Employee Gamification for Impact – One Drive to Rule Them All” by Jesse Lahey in Gamification: Engaging Your Workforce, available from Ark Group (also see Amazon.) Jesse Lahey, SPHR, is the host of the Engaging Leader and Game Changer podcasts and managing principal of Aspendale Communications. Connect with him on Twitter, Facebook, or LinkedIn. If you know anyone who would benefit from this information, please share it!