Are You an Engaging Leader, or Just a Smooth Talker? 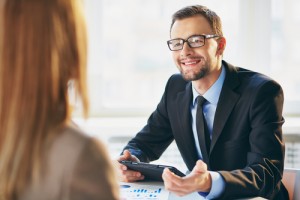 Unfortunately, the history of the world is full of leaders who use their power of communication for selfish reasons. For example, Adolf Hitler had a magnetic charisma but used it to make himself a dictator at the expense of the lives and freedom of millions of innocent people. Even saintly Abraham Lincoln used his incredible power of empathy for some arguably self-centered purposes, such as predicting (accurately) what his political opponents would do — several steps ahead of time, as in a game of chess.

But studying and practicing communication principles — not just communication skills such as public speaking — will help you be a genuine leader who is making a positive difference. The full communication discipline is the art and science of inspiring trust and action. That goes deeper than mere skills, and it can help you leave the world a better place than you found it.

When I first read Stephen Covey’s book The 7 Habits of Highly Effective People in my early 20s, I excitedly told a friend about it. At that time, Jonathan was working on his doctorate in philosophy, and to someone more accustomed to reading Nietzsche’s Beyond Good and Evil, the title of Covey’s book sounded superficial and manipulative. “Is that just one of those ‘dress for success’ books?” Jonathan asked.

As any reader of 7 Habits knows, the book is anything but superficial and manipulative. For example, Habit 5 is “Seek first to understand, then to be understood.” If you make a habit out of trying to understand other people, before trying to get others to understand you, are you manipulating people? Absolutely not — you are probably becoming a better person, someone who cares about the well-being of others, a leader who puts the needs of others over your own needs.

For more about the communication application of Covey’s book, listen to The 7 Habits of Highly Engaging Leaders.” Or see these posts where I’ve talked more about helpful communication principles: